Trust me when I say you wouldn’t believe all the stuff we’ve had going on lately- it’s been a mish-mash of fun, challenges, and lots of cake!

We’ll begin with Mateo’s first birthday party. It was quite chilly out and the kids were battling colds, so we had this party inside…

Mateo looking snazzy in his new birthday outfit.
It’s tradition to not cut a baby’s hair until after their first birthday,
we’re still waiting for his… 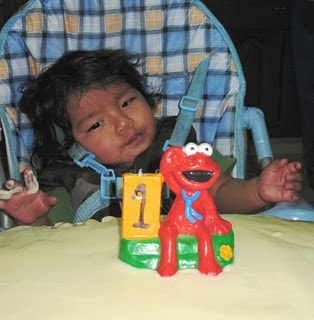 Here the custom is for the birthday boy to take a bite of the cake, but Mateo was content to just stick in his fingers. 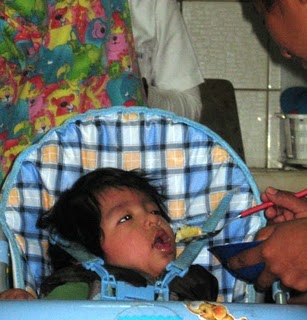 Ready for his big bite of birthday cake! 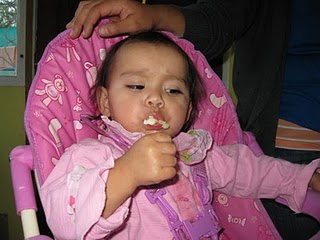 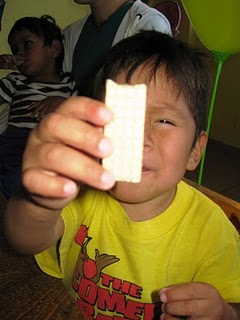 Manolo giving us the close-up on his cookie
That same day, we got a call from child services asking if we could take in three infants from the streets. We quick ran out and bought three new cribs and rearranged all the bedrooms to make for these new ones… but they never arrived. We did however get a new child at the daycare, Aimon, who is just over a year and has made a great playmate for Mateo. 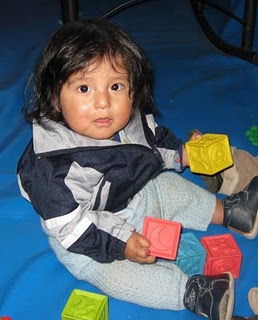 Aimon enjoying some playtime on the mat
The word is now that although those three babies didn’t arrive, we are slated to have two new kids in the next few weeks to come and live with us. So those cribs won’t go empty after all!
We also celebrated Marcos’ fifth birthday! It’s been amazing to see all the positive changes in Marcos since he first came to the daycare and then to live with us. He’s hit a difficult patch recently, but the team of tias have really come together and worked with him to help him manage his feelings better. Tia Evelin told us at the staff meeting that after talking with him, the next morning when she arrived, he ran up to her and gave her a huge hug and kiss, something that doesn’t usually happen. 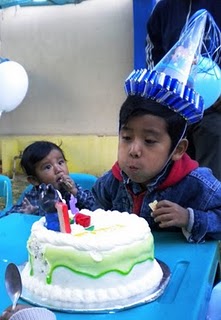 Marcos blowing out the candle on his cake

Marcos with his mum and Tia Paola breaking open the pinata. 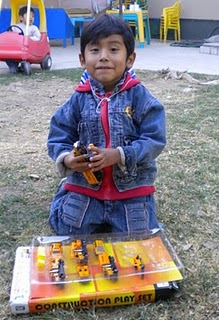 We’ve had construction going on in front of the house for months now, and Marcos has been very interested in all the big construction vehicles, so he’s very happy with his gift! 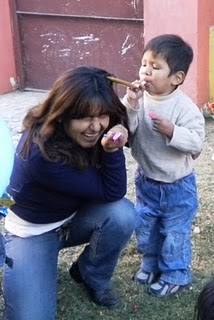 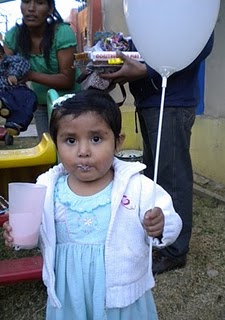 And we’ve got one more birthday next week!