Goodbye to some wonderful volunteers 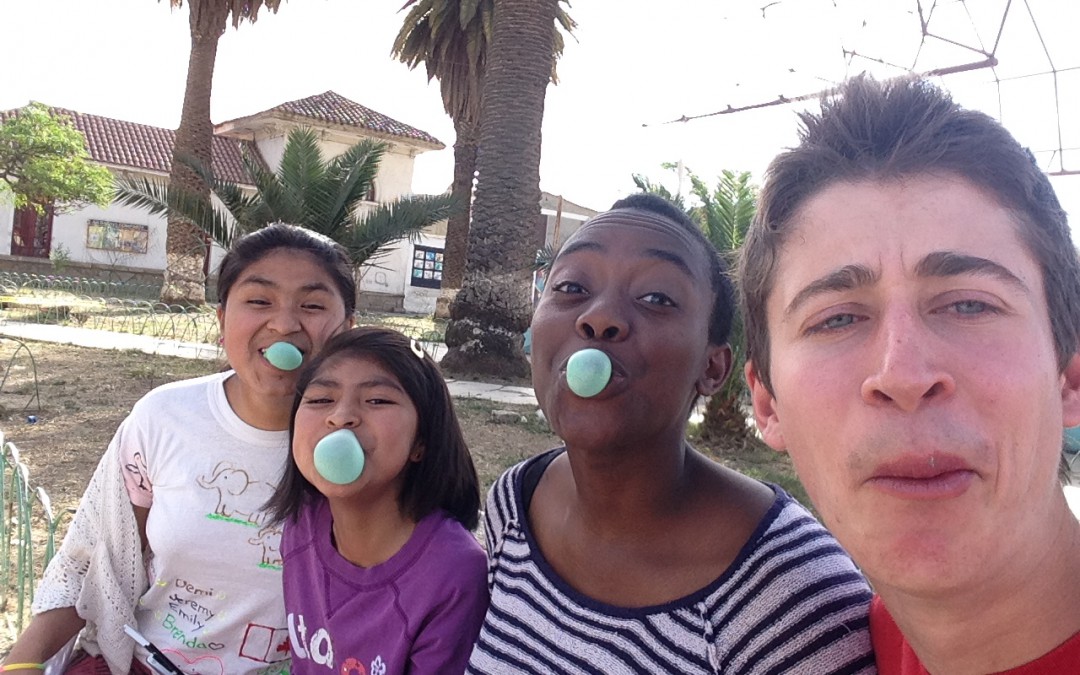 The past couple of weeks have been filled with goodbyes to three wonderful volunteers—Sam, Gabby, and Elizabeth. We are thankful for the enthusiasm and warmth they poured into the Niños con Valor community. We hope they come back soon!

Sam was a great role model for all of the kids. The boys in Pedacito de Cielo love have a male in the home to look up to. Sam played a lot of soccer with the boys and helped them with their schoolwork. 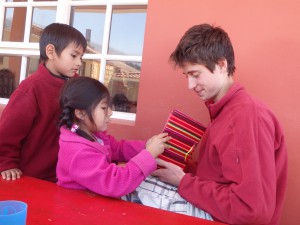 Diego and Zamora presenting a book of illustrations by the kids in Pedacito de Cielo daycare. 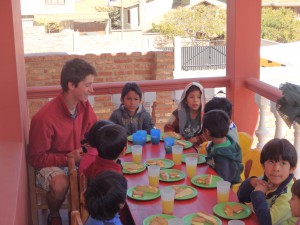 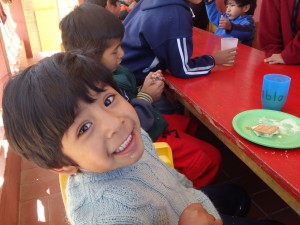 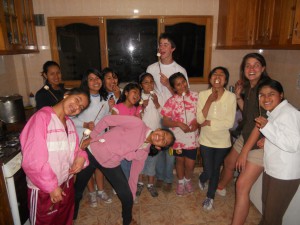 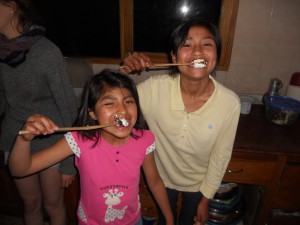 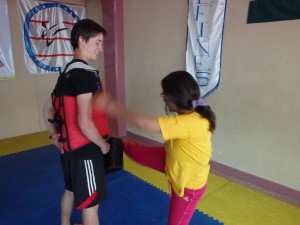 Gabby will also be sorely missed in the homes. Gabby focused her energies on Corazón del Pastor, our Sendero de Esperanza transition home, and a large state-run home that we share some projects with. She collaborated with Tía Marcela and a Bolivian organization called CEIS to lead sexual health workshops for our adolescent girls. She used a Spanish curriculum developed at Stanford University, where she is a major in Human Biology.

Topics in the sexual education course included healthy relationships, gender roles, anatomy, hygiene, and sexually transmitted diseases. The workshops began with an anonymous question and answer session, and conclude with soccer or another bonding activity. The course has also helped open up conversations between the girls and the tías, and developed the relationship between Niños con Valor and the state-run home.

In addition to sexual education classes, Gabby taught the girls how to make Nigerian chicken stew, helped out with mission teams visiting Niños con Valor, and supported the tías in daily caregiving in the homes. She has been a very empowering presence in the homes. 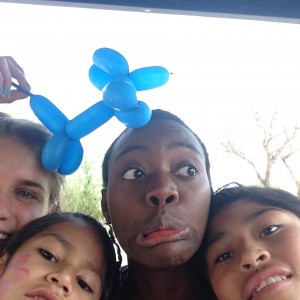 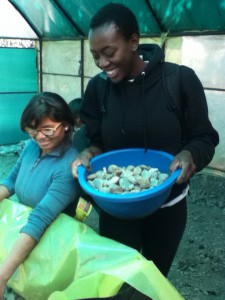 Helping out with the aquaponics project. 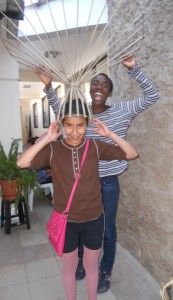 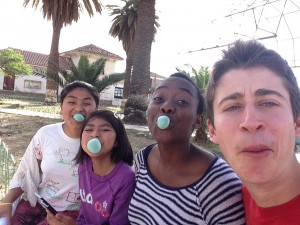 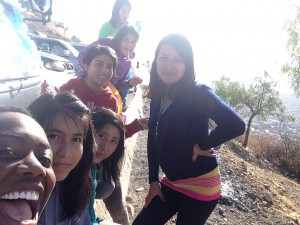 Tía Gabby and the girls

An important role of volunteers is to set good examples for the kids and to model healthy habits. Elizabeth, a short-term Maryknoll Missionary from St. Louis, has also contributed to the fitness program. Elizabeth is a dance major at Loyola University. She taught dance classes for the boys and girls in both homes, using a fusion of ballet, modern, and jazz techniques. In addition, Elizabeth led a workshop for the tías on relaxation movements to work on with the kids on their own. The other volunteers enjoyed taking advantage of her expertise as well.

On her last day in the homes, the boys, little girls, and older girls each presented the routines they had learned to the mission team visiting from Philadelphia. The video will be coming soon!

It was hard to say goodbye to Sam, Gabby, and Elizabeth! But that is because they were such a joy to have here. 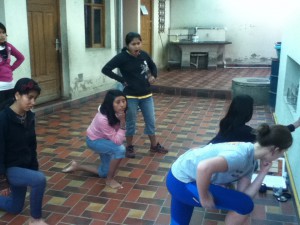 Practicing with the older girls 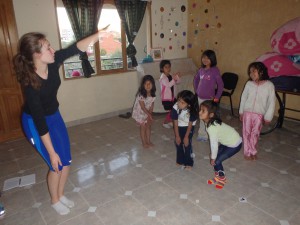 Practicing with the little ones. 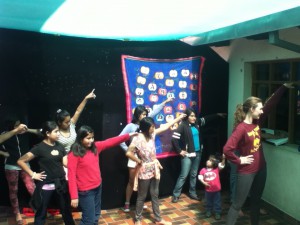 The older girls performing for the team. 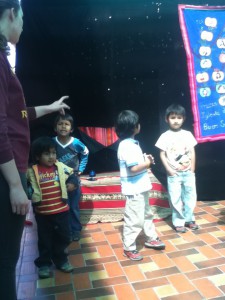 Pedacito boys preparing for their performance.